Every year, our team makes a banner that goes above our classroom. One of the first things we did this year was decide on a team name, which we decided would be The Crew. Everyone then made a banner design on their own at home. The next day, we combined our ideas in small groups and created group designs, which we then voted on the best parts of. Then everyone made their own renditions, incorporating the parts that we voted on earlier. Next, we voted on the versions that people made at home to become the version that we would base the final wood banner off of. This is the drawing we chose: 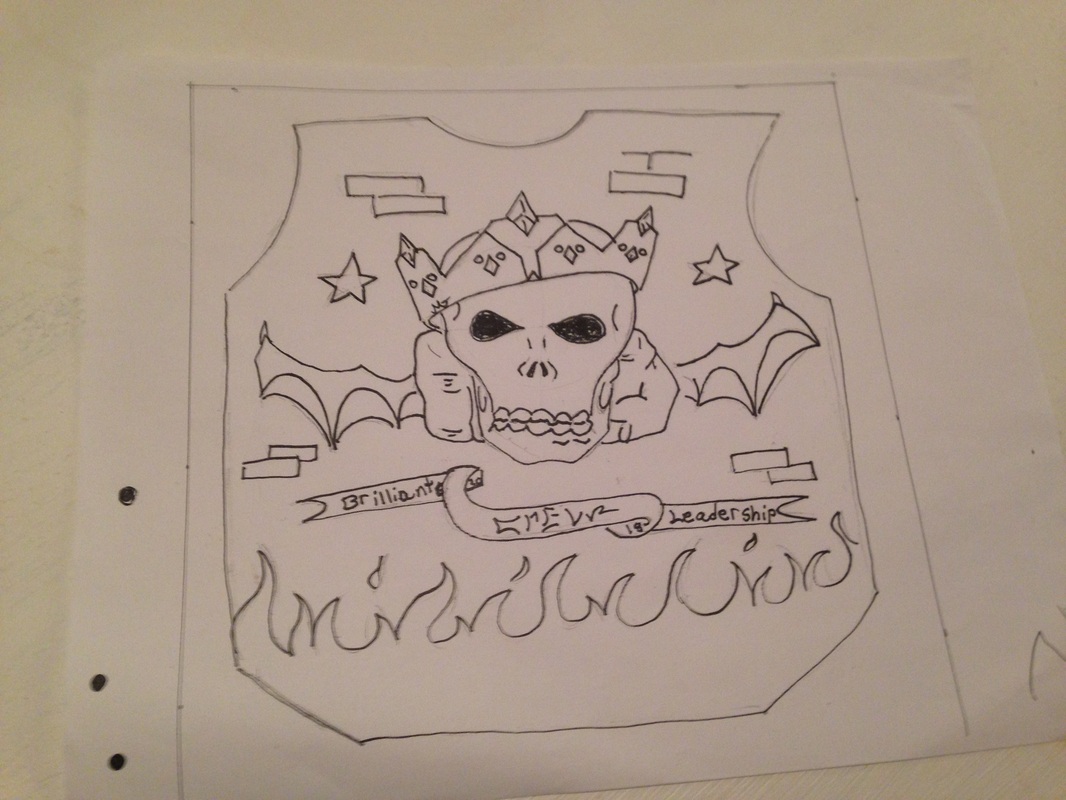 Each group was tasked with making one element of the banner; in my case that element was the fire. The different members of our group were given different tasks, for example I was the carpenter, and we drew, cut and painted our piece within the next few weeks.

We learned many physics concepts from the banner project, including how to use scale drawings, and how to use a jigsaw. We used scale drawings to transfer our drawing (8 in by 8 in) to a piece of wood 8 feet by 8 feet. To do this you first make a grid on the image you wish to transfer (like the drawing), and a scaled grid on the platform you wish to transfer your drawing to. You then copy whatever was inside one square to its corresponding square on the large platform, and repeat until all squares are transferred.


We also learned about the use and safety of jigsaws, which we used to cut out our part the fire. Seeing I was the carpenter, I did almost all of the cutting of the fire, which was also arguably the hardest part to cut out. By the end of the project, I had gotten much better at using the jigsaw and was more accurate and detailed. 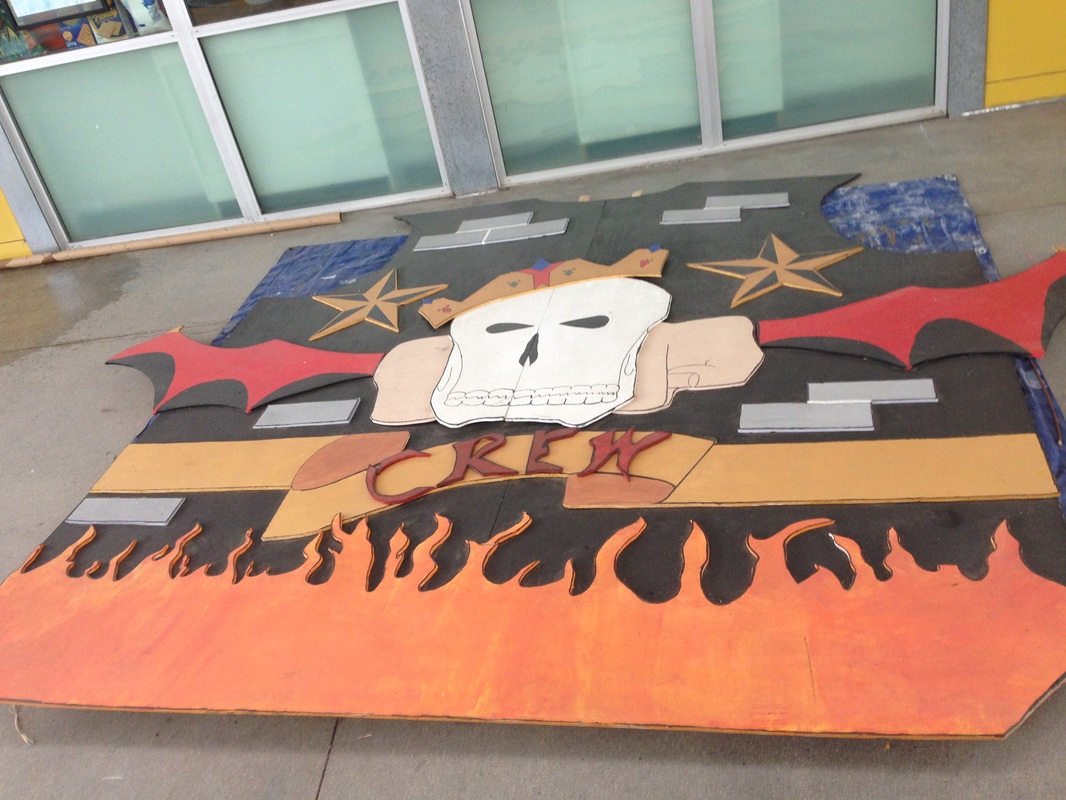 I am very proud of my work on cutting out the fire. I spent several weeks working on it and I think the time and effort put in really shows. I think the fire became sort of a focal point of the entire banner and I feel like I personally played a large role in that. If I had a chance, I would like to go back through and fix any of the pieces that broke off, and maybe touch up the paint job. I also wish I could have had time to go back and help the other groups cut out their pieces, because I know a lot of the groups would have used the extra help. Overall I am very proud of the banner and am pleased with the way it turned out.