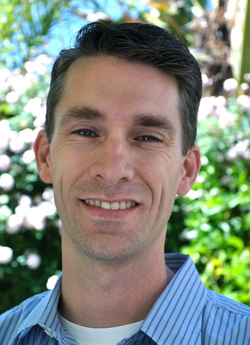 Who is Derrick Johnson?
Derrick Johnson, my father, is a 45 year old man who lives in Chula Vista, CA. He is a Navy veteran and husband of 20 years, has two kids (Me and my sister Emma), and continues to help our country today. He is an avid runner, having run a marathon, several 5k's, and is currently training for another half marathon. He is the most patient, level-headed, and collected human being I have ever met. This is from my 48 minute interview of him, where he is talking about his experiences in the middle east before Operation Iraqi Freedom (OIF).

He references many things in this article that you may not have heard of. The Boxer, Stennis, and Torrowa were all ships he was deployed on or working with. Hilos refer to helicopters of sizes he describe.

Here is the excerpt:

"It was happening at a time right at the end of my tour on Torrowa. The captain came down and said, “You have orders to be on the Stennis by April.” The only way you are going to get there by April, this was in March from the middle of the Persian gulf, was to take this flight, and it was going to be the last flight before the missiles flew. Nobody knew when we were shooting the missiles, but everyone knew that that would be the trigger that started off OIF [Operation Iraqi Freedom]. And the boss called me and said your relief isn’t going to get here until April or May, and I’d been corresponding with the person that was going to be relieving me, and I asked him, “Are you interested in having me gone during this time? Should we call the Stennis and just tell them I'm going to be late and have them change my orders so I can get there later, or are you willing to gap my position for four to six weeks.” And we know once they start the missiles there won’t be any flights in or out of the middle east for a little bit, that aren’t new troops coming in. And so the captain said, he felt confident that the team he had established would be fine for a little bit without my piece, as the big thing that I was involved with was basically complete, and they decided that the best thing for me was to go ahead and take the last flight out.

And so that day, well, we called it the Desert Duck. It’s a logistics hilo, that brings supplies to all the boats. And well, it goes onto all the different platforms. Well when I got onto the duck, and I looked out, well if felt like you could just walk from one flight deck to the next, to the next, to the next… there were that many ships there. We were on six different platforms before we got to the Boxer which was just a few miles away. We all collected up there, at the Boxer, and then the big desert duck came in, and this was a 53 hilo and landed, and while i was on the boxer waiting for the desert duck to arrive, and I think there were about 35 or 40 of us scheduled to be on that hilo, the chemical alarm went off. I was down in combat, visiting with my counterpart on the Boxer, he and I had worked together a lot, so I was down there chatting with him when the chemical alarm went off. The Captain screamed down from the bridge, and I don’t have a gasmask, because I had had to turn mine in to the ship before I transfered. We think it is the real thing (Saddam Hussein had threatened chemical attacks). So we are standing there next to the Captain’s chair in combat, everyone is standing there with a gasmask except me. I looked at my friend, who was the tactical action officer on watch, and I said “The captains up on the bridge, right? He said “Yes”. I asked if he had a mask up there, he said yes, so I grabbed the Captain’s gasmask and put it on. [laughing] At that point I don’t care, it’s just about survival you know. Everyone around was shocked, but my friend just laughed, he knew. So anyway, I think that was one of those memorable moments."